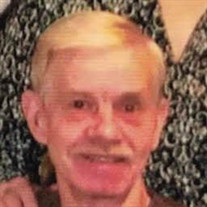 Daniel John Stark, 74, of Speers Hill, passed away peacefully on Tuesday, June 27, 2017 in his home surrounded by his loving family. A son of the late Clyde and Imogene Mahaney Stark, he was born in Pittsburgh on November 22, 1942. He resided in South Heights and graduated from Ambridge High School in 1960. Following high school, Dan enlisted in the U.S. Navy, spending much of his time in Japan. He then met and married his beloved wife, Dolores Sutherland Stark in 1964. The newlyweds then moved to Chicago where Dan worked for U.S. Steel for a short time. They then moved back to the Mon Valley to be near family and he began his lifelong career of commercial printing. He worked at Business Forms in Monongahela, where he was instrumental in the first union organization, and subsequently began his own small printing business, Dando Printing Company in the basement of his home in Speers Hill. During these busy years, he and Dolores had two daughters, Helen and Sheri. As the business grew, Dan found the location in Donora in 1983, where his print shop continued to flourish. He also formed a sister company, Ad Forms, LLC with his friend, Fred Ahiemer. Dan was athletic by nature and excelled at golf, organizing the MVP Golf League and loved water skiing, swimming and snow skiing. Over the years, he participated in TRAS (Three Rivers Adaptive Sports), PVA (Paralyzed Veterans of America) and continued to remain active in the sports he loved. Dan was also a member of the Mon Valley Regional Chamber of Commerce. He remained active in his printing business until his death. He is survived by his wife, Dolores Sutherland Stark, his daughters, Helen (Scott) McGill, of Houston, TX and Sheri (Julie) Stark, of Moon Twp., Grandchildren, Laura (Sean) McConathy, Tony (Chelsey) Gazdick, Zoe Starr and Scott J. McGill. He has two great grandchildren, Trenton Gazdick and Lily McConathy, his sisters, Jeannine (Dave) Kraus of South Heights and Susan Tharp of Monaca and a brother, Clyde 'Scoop' (Sumiko) Stark of Oceanside, CA and a sister-in-law, Darlene Stark and many nieces and nephews, great nieces and great nephews, cousins and his lifelong friend, Pete (Sally) Pennline, also survive. He was preceded in death by a brother, John Stark, brother-in-law, Terry Tharp, and a nephew, David Stark. Friends will be received on Thursday from 2 to 4 and 7 to 9 P.M. in the Ferguson Funeral Home and Crematory, Inc., 700 Broad Avenue, Belle Vernon www.FergusonFuneralHomeAndCrematory.com 724-929-5300 A blessing service will be in the funeral home at 9:30 A.M. Friday followed by a funeral mass at 10 A.M. in St. Sebastian Roman Catholic Church with Msgr. Roger Statnick as celebrant. Interment will follow in Howe Cemetery.

Daniel John Stark, 74, of Speers Hill, passed away peacefully on Tuesday, June 27, 2017 in his home surrounded by his loving family. A son of the late Clyde and Imogene Mahaney Stark, he was born in Pittsburgh on November 22, 1942. He resided... View Obituary & Service Information

The family of Daniel John Stark created this Life Tributes page to make it easy to share your memories.

Send flowers to the Stark family.