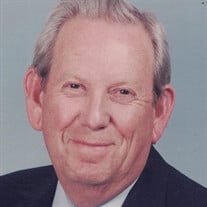 George P. Turner, 91, of Pricedale, went to be with the Lord on December 1, 2021, in his home. A son of the late Arthur Buddy and Uba Manila Turner, he was born in Pricedale on September 6, 1930. A lifelong Rostraver resident, George was a member of St. Paul’s Lutheran Church in Monessen, was a former commissioner of Rostraver Twp., a member of the American Legion Post 659, the Belle Vernon VFW Post 699, the Russian Club, and the Deputy Sheriff’s Association, where in 1987, he was recognized with an outstanding career service award. He was a U.S. Air Force veteran during the Korean War, serving in Japan with the 15th Radio Squadron Mobile. George was a Westmoreland County deputy sheriff for over 30 years. In 2004 he was inducted in the Belle Vernon Area Football Hall of Fame and in September of 2019, George was recognized by the Pennsylvania Voter Hall of Fame, County of Westmoreland, for not missing voting for 50 years or more. Earlier this year, he was recognized for 60 years of continuous loyalty and service to the Belle Vernon Legion. Survivors include his wife of 48 years, Kay Turkali Turner; nieces and nephews, Philip Huber, Susan Ecklof, Heidi Buesink, Arthur Turner, Manila Ann Shutman, Buddy Dale, and Debby Leeper. In addition to his parents, he was preceded in death by a son, George Turner on August 16, 2006; a daughter, Sheri Turner on April 24, 2008; brothers, Ray and Jim; and sisters, Eileen and Uba. Friends will be received in the funeral home on Thursday from 4 P.M. to 7 P.M. Funeral services will be in the funeral home on Friday at 12 Noon with Pastor Jeff Marton officiating followed by interment in Belle Vernon Cemetery. The Belle Vernon American Legion Post 659 will meet to hold services in the funeral home on Thursday at 6 P.M. Arrangements have been entrusted to FERGUSON FUNERAL HOME AND CREMATORY INC., 700 Broad Ave., Belle Vernon, 724-929-5300, www.FergusonFuneralHomeandCrematory.com. If friends wish, memorial donations may be made to the charity of one’s choice.

George P. Turner, 91, of Pricedale, went to be with the Lord on December 1, 2021, in his home. A son of the late Arthur Buddy and Uba Manila Turner, he was born in Pricedale on September 6, 1930. A lifelong Rostraver resident, George was... View Obituary & Service Information

The family of George P. Turner created this Life Tributes page to make it easy to share your memories.

Send flowers to the Turner family.