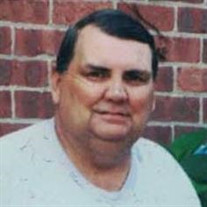 John "Ed" Martin, Jr., 70, of Belle Vernon, went to be with the Lord on Monday, October 28, 2019. A son of the late John "Ed" Martin, Sr. and Freeda Casteele Martin, he was born in Washington Twp. (Naomi) on August 2, 1949. A lifelong resident of Belle Vernon, Ed was a 1967 graduate of Belle Vernon High School, a member of the First Christian Church of Belle Vernon, where he served as a trustee, financial secretary, and deacon, served on the Mid Mon Valley Transit Authority for 20 years and was a Belle Vernon fireman in the mid 1970's. Ed coached Bronco baseball for several years and, in 1976, he took the Belle Vernon Bronco team to the national championship in Massachusetts. A former Belle Vernon Councilman, Ed served 16 years on the Belle Vernon Recreation Board, served on the Belle Vernon Planning Commission for 20 years and was acting chairman for the last 11 years. Ed was a U.S. Navy veteran, serving during Vietnam as a storekeeper aboard the USS Mattaponi and the USS Ponchatoula, and had been employed at the Mitchell Power Plant in Monongahela as a Security Guard. He enjoyed reading, watching sports and crossword puzzles. He is survived by numerous cousins, and an aunt, Grace Trembach of Lynnwood. Friends will be received 7 to 9 P.M. Wednesday in the Ferguson Funeral Home and Crematory, Inc., 700 Broad Avenue, Belle Vernon. 724-929-5300 www.FergusonFuneralHomeandCrematory.com Funeral services will be in the funeral home on Thursday at 11 A.M. with Pastor Sam Batton officiating. Burial will be private in Belle Vernon Cemetery.

The family of John "Ed" Martin Jr. created this Life Tributes page to make it easy to share your memories.

Send flowers to the Martin family.