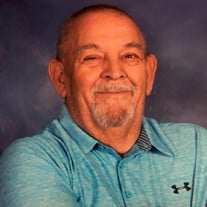 John Edward Zunic, 71, of Belle Vernon, passed away on Sunday, March 31, 2019. A son of the late John S. and Edna Mary Albright Zunic, he was born in West Brownsville on July 25, 1947. A resident of Belle Vernon most of his life, John was a U.S. Navy veteran, serving from 1965-1968. He had been a member of the First Presbyterian Church in Belle Vernon and many organizations including the Naomi Club, Raven's Athletic Club, the Fairhope Rod and Gun Club, Pitt Panther Club, and the Belle Vernon Football Hall of Fame. John was not a college graduate, but he did love Pitt. He was in his glory on Saturday mornings at Heinz Field on game days. He was so proud of his corner at General Robinson and Art Rooney Boulevard and being there five hours before the game. Tailgating became his passion and John loved cooking for the crowd of friends who stopped by. He never forgot to include his friend Steve Russell at the Will Call window. You always saw John riding his scooter, taking him some goodies. John was a man of surprises. None more than when he voiced an interest in camping. He fell in love with camping at Hillegass Campground in Schellsburg, PA. John spent numerous days and weekends enjoying his time camping. He loved spending time with his grandkids, building fires, riding the golf cart and watching them play and laugh. John enjoyed his time with his friends there and always looked forward to the next trip. Being a mill worker, John seldom had summer vacations but in 1986 he was lucky enough to begin summer vacationing with his family, taking them to Ocean City, MD every year for 26 years. John also loved his annual golf trips to Ocean City to cook for his friends. Survivors include his wife of 51 years, Sharon Heath Zunic; a daughter, Kimberly Dawn Zunic of North Belle Vernon; two sons, John William (Jennifer) Zunic of South Park and Eric Michael Zunic of Belle Vernon; four granchildren, Brad Orr, Scott, Zachary, and Levi Zunic; a sister, Pattie (Randy) Burnworth of Belle Vernon; two sisters in-laws, Bernadette Zunic of West Newton and Lorraine Zunic of Belle Vernon; and many nieces and nephews. In addition to his parents, he was preceded in death by two brothers, Donald Zunic and James Zunic. Friends will be received on Tuesday from 2 to 4 P.M. and 7 to 9 P.M. in the Ferguson Funeral Home and Crematory, Inc., 700 Broad Avenue, Belle Vernon. 724-929-5300 www.FergusonFuneralHomeAndCrematory.com Funeral services will be held on Wednesday at 10 A.M. in the funeral home with Rev. Suzanne Currie officiating. The family would like to extend a special thank you to the Allegheny Health Network hospice nurses for their excellent care.

John Edward Zunic, 71, of Belle Vernon, passed away on Sunday, March 31, 2019. A son of the late John S. and Edna Mary Albright Zunic, he was born in West Brownsville on July 25, 1947. A resident of Belle Vernon most of his life, John was... View Obituary & Service Information

The family of John Edward Zunic created this Life Tributes page to make it easy to share your memories.

John Edward Zunic, 71, of Belle Vernon, passed away on Sunday,...

Send flowers to the Zunic family.