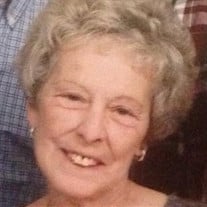 Judith Ann Moody, 76, of N. Belle Vernon, passed away on Tuesday, May 3, 2022 in Twin Lakes Rehabilitation and Healthcare Center. A daughter of the late Louis and Mary (Lupori) Ceccarelli, Sr., she was born on June 19, 1945 in N. Charleroi. A lifelong resident of N. Belle Vernon, Judy was a member of St. Sebastian Roman Catholic Church, and the Anita Garibaldi Society and California State College. She adored her grandchildren and enjoyed watching them in their numerous sports and activities. Judy spent her forty year career as a dedicated kindergarten teacher at Rostraver Elementary, North Belle Vernon Elementary and St. Sebastian Catholic School where she was the school’s first kindergarten teacher. Survivors include a daughter and a son-in-law, Mary Lou and Chris Hasson of Rostraver Twp.; a daughter, Marci Seliga of Rostraver Twp.; a son and daughter-in-law, Raymond and Jill Moody of Belle Vernon; a former son-in-law, Ken Seliga of Rostraver Twp.; eight grandchildren, Brendan and Marissa Hasson, Tyler, Logan, Dylan and Kenzi Rae Seliga, and Hunter and Tanner Moody; a sister, Marilee Stark of Zanesville, OH; many nieces, nephews, and cousins; and her treasured dog, Angel. In addition to her parents, Judy was preceded in death by her beloved husband, Raymond Moody Jr. on August 29, 2007, a brother, Louis J. Ceccarelli Jr; a sister-in-law, Connie Ceccarelli, and a brother-in-law, George Stark. Friends will be received on Friday from 2 to 4 P.M. and 7 to 9 P.M. in the Ferguson Funeral Home and Crematory, Inc., 700 Broad Avenue, Belle Vernon. 724-929-5300 www.FergusonFuneralHomeandCrematory.com. There will not be any visitation or services on Saturday or Sunday. A funeral mass will be held on Monday, May 9, 2022 at 10 A.M. in St. Sebastian Roman Catholic Church with Rev. Michael Crookston and her cousin, Rev. William Feeney, as co-celebrants. Interment will follow in Belle Vernon Cemetery. In lieu of flowers, the family suggests memorial donations to be made to St. Sebastian R.C. Church and/or St. Sebastian Regional Catholic School in Judy’s memory. The Anita Garibaldi Society will gather in the funeral home at 7 P.M. Friday to hold services.

Judith Ann Moody, 76, of N. Belle Vernon, passed away on Tuesday, May 3, 2022 in Twin Lakes Rehabilitation and Healthcare Center. A daughter of the late Louis and Mary (Lupori) Ceccarelli, Sr., she was born on June 19, 1945 in N. Charleroi.... View Obituary & Service Information

The family of Judith Ann Moody created this Life Tributes page to make it easy to share your memories.

Send flowers to the Moody family.