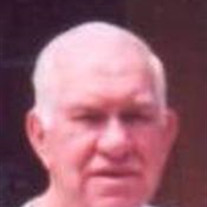 Kenneth V. Kuklar, 80, of Fairhope (Belle Vernon), passed away Saturday, April 27, 2013 in Mon Valley Hospital. A son of the late Victor and Violet Redman Kuklar, he was born in Fairhope on June 5, 1932. A lifelong resident of Fairhope, Kenneth was a member of St. Sebastian Roman Catholic Church. He retired in 1987 from the Monessen Plant of Wheeling-Pittsburgh Steel Company and after retirement he worked in the custodial department of the Belle Vernon Area School District. He served in the U.S. Navy from 1951 through 1955. He served as chairman of the Washington Township Recreation Board and coached Washington Township Redskins midget league football team. Survivors include his wife of 56 years, Yolanda Mattozzi Kuklar, one daughter and son-in-law, Karen and Mark Ramsier of Belle Vernon, one son and daughter-in-law, Kenneth K. and Carol Ann Kuklar, of Uniontown, five grandchildren, Amanda and Alicia Ramsier and Allison, Bethany and Caitlin Kuklar, one sister and brother-in-law, Vickie and David Mesar of Vestaburg, one brother and sister-in-law, William and Linn Kuklar of Gulfport, Miss., sister-in-law, Connie Vincenzes, of Belle Vernon, brother-in-law, Raymond Mattozzi, of Plymouth, Indiana, brother-in-law and sister-in-law, William and Linda Mattozzi, of Belle Vernon and one grand dog, Kringle. In addition to his parents, he was preceded in death by a sister, Lillian Forsythe, and two brothers, Robert and John Kuklar. Friends will be received 2 to 4 and 7 to 9 P.M. Tuesday in the Ferguson Funeral Home and Crematory, Inc., 700 Broad Avenue, Belle Vernon (724-929-5300). www.FergusonFuneralHomeAndCrematory.com. A blessing service will be held on Wednesday at 11A.M. in the funeral home followed by a funeral mass at 11:30 A.M. in St. Sebastian R.C. Church. Interment will follow in Belle Vernon Cemetery. The rosary will be prayed in the funeral home on Tuesday at 3 P.M. led by members of St. Sebastian Parish.

Kenneth V. Kuklar, 80, of Fairhope (Belle Vernon), passed away Saturday, April 27, 2013 in Mon Valley Hospital. A son of the late Victor and Violet Redman Kuklar, he was born in Fairhope on June 5, 1932. A lifelong resident of Fairhope, Kenneth... View Obituary & Service Information

The family of Kenneth V. Kuklar created this Life Tributes page to make it easy to share your memories.

Send flowers to the Kuklar family.