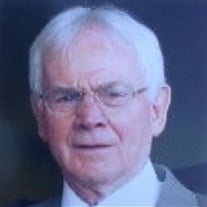 Laurence R. Gocella, 86, New Castle, DE, passed away Friday, March 16, 2018, in Christiana Hospital, Newark, DE. He was born on March 8,1932, in Bradford, PA, a son of the late Louis and Jeanette Herrington Gocella. Larry was educated in the Bradford Area School system, co-captained the 1950 football team and was voted the most valuable player in the annual Northwestern Tier All Star Game. He went on to graduate from Lock Haven University, Lock Haven, PA, lettering in football, gymnastics, swimming, and track. After graduation, he served with the U.S. Army Artillery in Germany where he participated in wrestling and officiating, then became coach at Milford (DE) High School, where his football and wrestling teams had a combined record of 16-1-1 in 1961, and he was selected as an assistant football coach for the annual Blue-Gold Game in 1961. He was inducted into the Delaware Wrestling Hall of Fame in 2001 after an illustrious career as a wrestling coach and official. Larry left Milford in 1962 to serve as Director of Recreation, Health, Physical Education and Athletics in Pottstown, PA. He returned to Delaware’s Colonial School District to teach Health and Physical Education at William Penn High School and serve as assistant wrestling coach, where his Junior Varsity teams went undefeated for three years. He officiated scholastic and collegiate wrestling throughout Delaware, Maryland, and Pennsylvania for 27 years. Larry presided over the Delaware Wrestling Officials Association for 13 years, was instrumental in initiating workshops to train novice officials, and helped start the Milford Invitational Wrestling Tournament in the late 1950’s. He received his Master’s Degree from Glassboro State College in 1973 and was an adjunct professor at the University of Delaware for 11 years, teaching methods and materials courses for future coaches and teachers. He retired from the Colonial School District in 1995 after 31 years and was the Liaison for the Colonial District Transportation Department for 17 years. In addition to his teaching and coaching career, Larry served on the board of the New Castle County School Employees Credit Union as Treasurer and Chief Loan Officer. He was the recipient of a Distinguished Service Award from Lock Haven University in 2009 and a Distinguished Philanthropist Award in 2015 in recognition of his outstanding contributions and service to Lock Haven University. He is survived by several nieces and nephews. In addition to his parents, he was preceded in death by his wife, Margaret E. Girhiny Gocella in 2007. Friends will be received 4 to 8 P.M. Wednesday, March 21, 2018, in the Ferguson Funeral Home and Crematory, Inc., 700 Broad Avenue, Belle Vernon, 724-929-5300, www.FergusonFuneralHomeAndCrematory.com. A blessing service will be in the funeral home at 10 A.M. Thursday, March 22, 2018, with Rev. Francisco R. Gan officiating. Interment will follow in Belle Vernon Cemetery.

Laurence R. Gocella, 86, New Castle, DE, passed away Friday, March 16, 2018, in Christiana Hospital, Newark, DE. He was born on March 8,1932, in Bradford, PA, a son of the late Louis and Jeanette Herrington Gocella. Larry was educated in the... View Obituary & Service Information

The family of Laurence R. Gocella created this Life Tributes page to make it easy to share your memories.

Send flowers to the Gocella family.