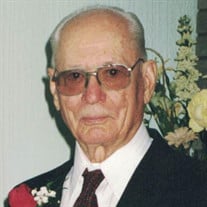 Nick Gerbin, 97, of Washington Twp. (Belle Vernon), passed away on Friday, February 23, 2018 in his home. A son of the late Nick and Kathryn Barbir Gerbin, he was born in Cass, WV on July 20, 1920. A Gold Status Life Member of the N.R.A., he was also a member of the Monessen Crotian Club and the Crotian Fraternal Union Lodge 194. Nick had resided in Washington Twp. for the past 58 years and was formerly of Monessen. He retired from Wheeling-Pittsburgh Steel Company where he was the plant engineer for both Monessen and Allenport plants. He then started his own company, Paul N. Gerbin Industrial Electrical Layouts. He contracted for Glenshaw Glass for over 20 years. Nick was an avid gardener and loved woodworking and his puppy 'Tina'. Survivors include his wife of 58 years, Helen J. Ferencic Gerbin, a daughter, Paulette Gerbin of Washington Twp., two sisters, Barbara Costello of Lakeland, FL and Kathryn Ferris of Warminster, PA, one brother, Leonard Gerbin of Holiday, FL, nieces and nephews; David Steele, Kim Rubenstein, Maureen Gerbin, Eileen Sarris, James Kovacs, Edward Pazo, Cindy Ferencic and Jeff Ferencic and great nieces and great nephews; Alexandra, Eddie, Sammy, Mary, Daniel, Anna, Nicole and Matthew. In addition to his parents, he was preceded in death by two sisters, Emma Kovacs and Mary Steele. Friends will be received 2 to 4 and 7 to 9 P.M. Sunday in the Ferguson Funeral Home and Crematory, Inc., 700 Broad Ave., Belle Vernon. 724-929-5300 www.FergusonFuneralHomeAndCrematory.com There will be no visitation on Monday. Additional visitation will be 10:30 A.M. until 11:30 A.M. Tuesday, the time of a blessing service in the funeral home followed by a 12:00 P.M. Funeral Mass in St. Sebastian Roman Catholic Church with Rev. Frank Gan, Pastor, as celebrant. Interment will follow in Jefferson Memorial Park, Pleasant Hills.

The family of Nick Gerbin created this Life Tributes page to make it easy to share your memories.

Send flowers to the Gerbin family.