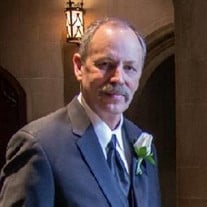 Robert J. “Bob” “Swamp” Suomela, 70, of Monessen, died on Saturday, March 12, 2022 in Allegheny General Hospital. A son of the late Mary and Steve Polinchak, he was born in New Eagle on April 13, 1951. Bob grew up in N. Charleroi and was proud to be a Lock 4 boy. He graduated from Charleroi Area High School and Triangle Tech. He was retired from Almatis, Inc. in Leetsdale, where he was a crew leader in the mill. Some of his favorite things to do were to hang with his friends, have some drinks, and listen to blues music. He was also a big Pittsburgh sports fan. Bob was a good guy. He was loyal to friends and family. He always told it like it was and he stood up for what he believed in. He is survived by three sons and daughters-in-law, Ryan and Darla Suomela of Monessen, Sean and Nicole Suomela of Bethel Park, and Ian and Vicki Suomela of Whitehall; three grandsons, Ian Jr., Jack, and Shane Suomela; his ex-wife, Janice Suomela of N. Charleroi; a brother, Lewis Capozza of California; two sisters, Joan Langley of Carlisle and Amelia (Nick) Bolias of Monessen; and many nieces, nephews, and cousins. Lastly, he is survived by his best friend, his Great Dane, Socks. In addition to his parents, he was preceded in death by a brother, Paul Capozza and ex-wife, Mary Heike Suomela. There will be no public visitation or services. Arrangements have been entrusted to the Ferguson Funeral Home and Crematory, Inc., 700 Broad Avenue, Belle Vernon. 724-929-5300. www.FergusonFuneralHomeandCrematory.com. If friends wish, memorial donations may be made to the Humane Society of Westmoreland County, www.westmorelandhumanesociety.com

The family of Robert J. Suomela created this Life Tributes page to make it easy to share your memories.

Send flowers to the Suomela family.