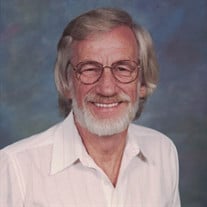 Ronald E. Hatfield, Sr., 79, of Monongahela, went to be with the Lord on Saturday, September 23, 2017 in Mon Valley Hospital. A son of the late Robert Sr. and Elizabeth Cushey Hatfield, he was born in Venetia on August 21, 1938. Formerly of Venetia, Ronald had been a resident of Monongahela since 1969. A member of the First Christian Disciple of Christ Church in Monongahela, he retired as a carpenter. A U.S. Navy veteran, Ronald served in Vietnam on the fire and rescue team and was a communication specialist. Survivors include Janie Burnworth who he will love forever, a son and daughter-in-law, Ronald E. Hatfield, Jr. and his wife, Paula, of Monongahela, four daughters and sons-in-law; Barbara and Daniel Rosensteel, of Sigel, PA, Rebecca and William Baisden, of Toney, AL, Cindy Sue and Donald Leach, of Monongahela, and Eileen Provent of Fort Myers, FL, three sisters and two brothers-in-law; Dorothy (Lucky) and Larry Strong of Finleyville, Kaye Taylor of Fayetteville, NC, and Linda and David Champagne of Bradford, PA, and a brother, Robert D. Hatfield, Jr. of Venetia, 23 grandchildren; Toni and Daniel Toscano, Thomas and Ashley Beck, Dreama Paul, Nicole and Randy Everly, Jesse and Caitlyn Baisden, Kayla Leach, Tiffani and Corey Hillman, William and Jennifer Baisden, Jr., Christopher Leach, Cari and Joshua McGuire, Shane Rosensteel, Donald and Chelsea Foster III, David Baisden, Ian Rosensteel, Randolph Hatfield, Veronica Hatfield, Corey Paul, Makirah Hatfield, Camla Leach, Rani Hatfield, Ayden Hatfield, Adriennea Provent, and Melissa Zeremeno, 16 great-grandchildren and one on the way, and several dozen nieces and nephews. In addition to his parents, he was preceded in death by two sisters; Donna Finleon and Ruth McPeek, and a brother, Raymond Hatfield. A memorial service will be held on Thursday, September 28, 2017 at 5:00 PM in the First Christian Disciple of Christ Church; 306 Sixth Street, Monongahela, PA 15063. Interment will be held in the National Cemetery of the Alleghenies. Arrangements are being handled by the Ferguson Funeral Home and Crematory, Inc.; 700 Broad Avenue, Belle Vernon. www.FergusonFuneralHomeAndCrematory.com 724-929-5300. In lieu of flowers, memorial donations may be made to the Wounded Warriors Project.

Ronald E. Hatfield, Sr., 79, of Monongahela, went to be with the Lord on Saturday, September 23, 2017 in Mon Valley Hospital. A son of the late Robert Sr. and Elizabeth Cushey Hatfield, he was born in Venetia on August 21, 1938. Formerly of... View Obituary & Service Information

The family of Ronald E Hatfield Sr. created this Life Tributes page to make it easy to share your memories.

Send flowers to the Hatfield family.