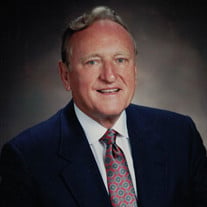 Shelby D. Ferguson, 94, of North Belle Vernon, went to be with the Lord on Wednesday, April 18, 2018 in his home surrounded by his family. A son of the late Malcolm and Virginia Dent Ferguson, he was born in Belle Vernon on November 21, 1923. A lifelong resident of Belle Vernon, he was a member of the First United Methodist Church, the Tri-County F.& A.M. Lodge 252, the Westmoreland, Indiana and Armstrong Counties Funeral Directors Association, the Pennsylvania Funeral Directors Association and the National Funeral Directors Association. He was also a Life Member of the North Belle Vernon Volunteer Fire Department. After graduating from Penn State University and the Pittsburgh Institute of Mortuary Science, he went into the funeral business, first in Monessen in 1948, and then purchased his own funeral home in North Belle Vernon in 1956. He operated there until his retirement in 2001, selling the business to his son, Shelby. Survivors include his wife of 40 years, Jean Schneider Ferguson, three daughters and two sons-in-law, Lynn and Robert Nattress of Shavertown, PA, Claire Joseph of Charlotte, NC, and Carol and Gary Davis of Fairfax, VA, two sons and daughters-in-law, Mark and Natasa Ferguson, and Shelby and Susan Ferguson, all of Belle Vernon, six grandchildren, Heather Suggitt of Houston, TX, Chris Nattress of Avon, CO, Laura Gilchrist, and her husband, Tom, of Pleasant Hills, Adam Ferguson of Belle Vernon, Karlee Ferguson, who followed in her grandfather and father's footsteps as a licensed funeral director, of Belle Vernon, and Ethan Davis of Fairfax, VA and three great-grandchildren, Skylar Suggitt, Ray Gilchrist and Rosie Gilchrist. In addition to his parents, he was preceded in death by the mother of his children, Ruth Laird Ferguson on July 17, 1976, a sister, Jean Melenyzer and a brother, Malcolm Ferguson. Friends will be received 2 to 4 and 7 to 9 P.M. Friday, April 20, 2018 in the Ferguson Funeral Home and Crematory, Inc., 700 Broad Avenue, Belle Vernon. WWW.FergusonFuneralHomeAndCrematory.com 724-929-5300 Funeral services will be held in the funeral home at 10 A.M. Saturday, April 21, 2018, with Pastor Nate Stevens of the Bible Chapel Church of Belle Vernon officiating. Interment will follow in Belle Vernon Cemetery. Members of F. & A. M. Lodge 252 will meet in the funeral home at 6:30 P.M. Friday to hold services followed by members of the North Belle Vernon Volunteer Department at 6:45 P.M. to hold services.

Shelby D. Ferguson, 94, of North Belle Vernon, went to be with the Lord on Wednesday, April 18, 2018 in his home surrounded by his family. A son of the late Malcolm and Virginia Dent Ferguson, he was born in Belle Vernon on November 21, 1923.... View Obituary & Service Information

The family of Shelby D. Ferguson created this Life Tributes page to make it easy to share your memories.

Send flowers to the Ferguson family.