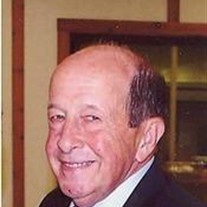 Thomas A. Quintier, 77, of North Belle Vernon, went peacefully with the Lord from his home on Tuesday, November 5, 2013. The only son of the late Joseph and Mary Cicco Quintier, he was born in Belle Vernon on December 19, 1935. Thomas was very active in his community. Ever since graduating from the former Bellmar High School in 1953, he has assisted with organizing class reunions. Thomas was a lifetime member of the Belle Vernon Fire Company and served as their secretary for many years. Thomas graduated with a Bachelor of Science degree in Business Administration from the University of Pittsburgh and also obtained a fire prevention degree from WCCC. He was a supervisor at Wheeling-Pittsburgh Steel, Allenport Plant, for 36 years. After retiring, he served as the North Belle Vernon Borough manager for 17 years. He also had been a councilman and secretary of council for the borough. He was a member of the Brothers of the Brush and the steering committee for the NBV Bicentennial and a former secretary of the NBV Blue and Gold Cadets. He served in the U.S. Army for 4 years and was a member of the Belle Vernon American Legion, Post 659. He was currently serving as the president of the board of the Belle Vernon Public Library and board secretary of the Belle Vernon Cemetery Association. For many years, he was the secretary of the Westmoreland County Borough Association. Thomas was a member of the First United Methodist Church of Belle Vernon where he was very active serving as the chairman of the finance committee, co-chairman of the annual church picnic for 20 years, and was in charge of the counters. Thomas was very musically talented, playing the keyboard by ear for parties, anniversaries, and other gatherings. Thomas was also an avid supporter of the youth of the Belle Vernon Area School District where he attended and cheered for BVA at many events, especially girls’ softball. He also had a strong interest in photography and took many pictures at community and family events. Left to cherish his memory is his wife of 53 years, Lorraine Lemley Quintier, his twin sister, Joanne Schuster of Monongahela, sisters-in-law Nina Valent and Joe Tillman, Patricia and Charles Christner, Gloria Lemley, Pat Lemley, Ruth Lemley and brothers-in-law Jim Lemley, Mike and Lana Lemley and Joseph Valent He is also survived by many nieces and nephews, including Brianna and Emily Frederick, who called him “Uncle Schweety” and loved him dearly and will forever miss him at family events. Also left to cherish his memory are special friends Fred Fundy and Tom Rodriguez, In addition to his parents, he was preceded in death by his sister, Rose Kander and husband George, brother-in-law Delbert Schuster and sister Patricia Huffman. Friends will be received 7 to 9 P.M. Thursday and 2 to 4 and 7 to 9 P.M. Friday in the Ferguson Funeral Home and Crematory, Inc., 700 Broad Avenue, Belle Vernon. 724-929-5300 www.FergusonFuneralHomeandCrematory.com Funeral services will be at 11 A.M. Saturday in the First United Methodist Church, State and Market Streets, Belle Vernon with Pastors Timothy McConville and Ken Jones officiating. Interment will follow in Belle Vernon Cemetery. If friends wish, memorial contributions can be made to the Belle Vernon Public Library.

Thomas A. Quintier, 77, of North Belle Vernon, went peacefully with the Lord from his home on Tuesday, November 5, 2013. The only son of the late Joseph and Mary Cicco Quintier, he was born in Belle Vernon on December 19, 1935. Thomas was... View Obituary & Service Information

The family of Thomas A. Quintier created this Life Tributes page to make it easy to share your memories.

Send flowers to the Quintier family.